As my Aunt Sandra from Memphis said on Sunday, "Always newsworthy is when the river gets to be one mile wide. It is now three miles wide." 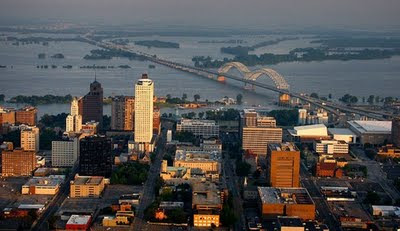 Today it is wider. 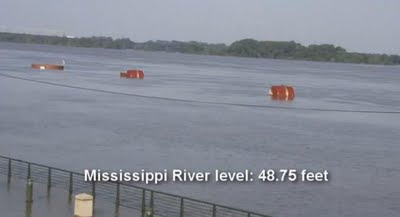 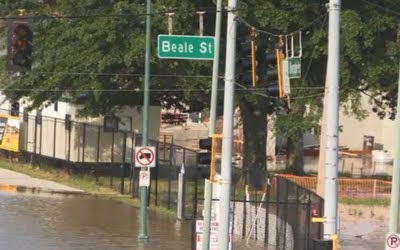 Back in the days of my great-grandfather, people on each side of the river patrolled the banks at night during floods, and shot dead anyone they saw in a boat - because the easiest way to prevent flooding on your own side was to blow up the levy on the other side.

(There is some speculation that this year's flood might cause the Mississippi to change its course just north of the Louisiana border and align with the Atchafalaya River.)
2 comments:

The Future of King Street

I spent the weekend in Toronto, and this morning I needed to head cross town in my car. I decided to take St Clair, thinking it would be quicker. Those days are gone... 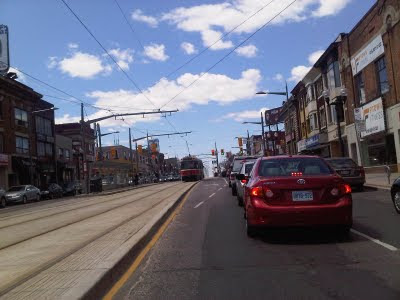 The LRT tracks run on a wide, raised platform in the middle of the street. Cars can't cross it, so if they want to access a parking spot, driveway, or even small street on the other side of the LRT tracks, they have to go to the next intersection and make a U-turn. The U-turns require special U-turn lights, and that means that the green lights for going straight are briefer than they would otherwise be. Today on St. Clair it was Sunday and traffic was very light, but it was painfully slow because I got stopped by a red light at every intersection. 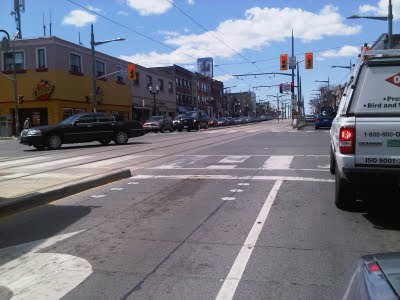 In Waterloo region, the long distance between LRT stops means that we'll need buses to run the same route. That will compound the problem - and the current thinking is that we shouldn't have bus bays.

As this snippet of the region's map shows, the LRT prevents left turns at certain intersections, such as John and King. Cars wanting to make a left turn there will have to proceed to the next intersection and make a U-turn. 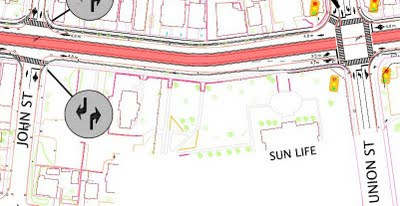