The Iron Horse Trail in Uptown

There’s a minor uproar in Waterloo over city council’s decision this week to sell a portion of the Iron Horse Trail. I have some concerns about the sale, but I also see some positives.

In terms of the usefulness of the trail, this change offers some improvements: 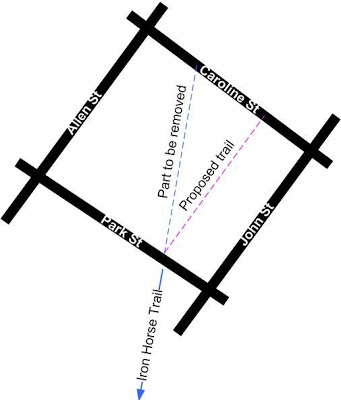 This is a great little map you included. I was very dissapointed in the Record's coverage that they did not provide a map as simple as this! They provided no map.