More for Uptown, Part 2: Parks at King and William

At the corner of King and William there are two little parks of identical size and shape. This one, on the east side of King, is called Heritage Green. You can see Knox Presbyterian church in the background. Some years ago the park was partly covered in concrete in an attempt to create an impromptu performance space (a nice idea that unfortunately failed completely). Locals call this park "the bunker". The concrete is full of weeds. I have never seen anyone using this park. 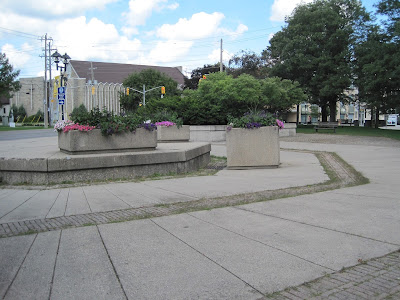 The other park, on the west side of King, is called Brewmeister Green. You can see the Terrace on the Square retirement home in the background. The main features of the park are a Glockenspiel (in the gazebo; it has been broken for many years) and a fountain. 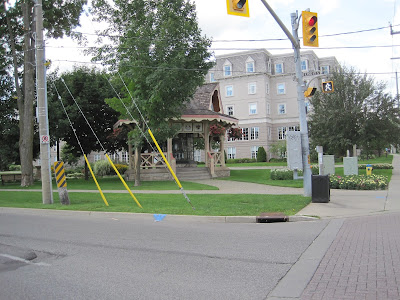 Brewmeister Green used to be called Kuntz Brewery Park. The current fountain (built in 1950, but lost in the greenery for many years) is small and plain. Historically it was a larger fountain and was a popular place to cool off. Here are some photos of Kuntz Brewery Park from 1900-1925: 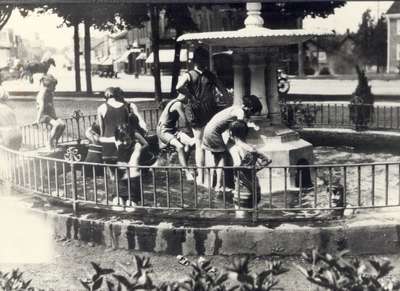 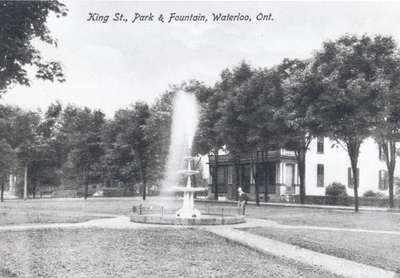 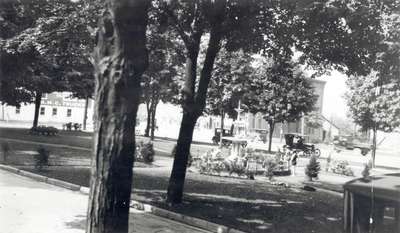 I think Brewmeister Green is used a little bit more than Heritage Green, and I imagine it's a nice resource for the people in the retirement home, even if it's only to look out the window. Both parks have some mature trees and lovely flower plantings.

A few years ago, a local group raised funds to erect a giant obelisk in Heritage Green. The obelisk was going to portray our history in carvings from the bottom to the top. I saw details of the plans and I (along with many others) thought the finished piece would be a terrible mistake. (Luckily City Council killed the idea.) The concrete in Heritage Green and the Glockenspiel/gazebo in Brewmeister Green seem like similar well-intentioned but dubious ideas.

These two identically sized parks, positioned at a major intersection in the uptown, provide a fantastic opportunity both aesthetically and to provide greenspace for uptown residents, workers and visitors. They also provide an opportunity to regain our heritage.

My suggestion for the parks is to decide on goals, which I propose as:
I would proceed as follows: Just for fun, here's a fragment of a 1908 map of uptown Waterloo, showing the two parks (called "Public Squares" here). King Street is unmarked in the middle. 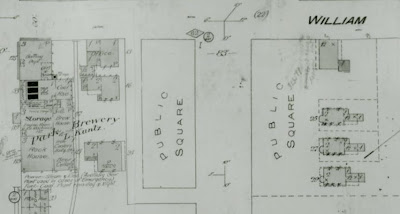 Email ThisBlogThis!Share to TwitterShare to FacebookShare to Pinterest
Labels: demand more for our uptown, history of Waterloo, uptown vision, Waterloo

I agree your thoughts here about our senior community living which they need it during their retirement period. So thanks for this info you share.ad